A downloadable game for Windows, macOS, and Linux

Everlast is a solo-developed challenging 2d-platformer that takes place in the Amazon Rainforest. The protagonist, Alex, finds himself wandering the rainforest and runs into a woman, Koko, that warns him of a poacher. This poacher has been trapping hyacinth macaw's to sell them as pets. Hyacinth macaw's are listed as vulnerable due to poachers and habitat loss. Alex must traverse the rainforest and rescue hyacinth macaw's on his journey to stop the poacher. This game was inspired by Celeste and Donkey Kong Country. Hope you enjoy!!

Thanks to all the contributors of pixel art, sound effects, and music  that went into this game!

Original wood and dungeon doors by Lanea Zimmerman (AKA Sharm)

So I really like celeste and I would love to play a game that is inspired by it , but there are a few problems here that make it unplayable for me :

- there is no input buffer , most platformer store your jump input for a few frames so that when you press the button slightly before you are standing on the ground you still jump when you eventually hit the floor . it makes the gameplay smoother and if it is missing it feels off.

- coyote time is probably missing ( maybe not but there is not enough ) . In case you don't know , after leaving the ground via a ledge you should have also a few frames where you can jump even you are not touching the ground.

- sometimes when you restart the jump doesn't work until you move . This killed me a few times.

- and my biggest issue is the mapping on the controller . Maybe you could provide a second controller mapping option that switches the buttons for jumping and dashing around ( square for dash and x for jump on the ps4 controller )

also some sound settings would be nice

I would love to see this issues fixed ,so I could appreciate the game for all it does well. 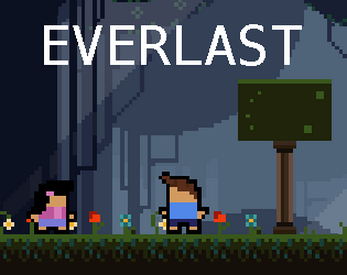